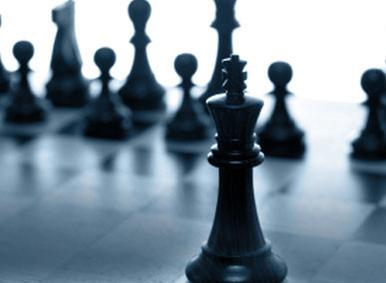 Mr. Ataullah has 23 years of experience in fixed income and credit. He originally joined DA Capital in May 2007 as a Managing Director running their Emerging Markets business based in Buenos Aires until early 2010. He re-joined DA Capital in June 2012, based in Singapore as co-Portfolio Manager for Staple Street Fund (which later became Staple Street Global Opportunities Fund). Between April 2010 and May 2012, he was a Managing Director at Seatown Holdings, where he focused on credit both public and private and was based in Singapore. From July 2005 to March 2007 Mr. Ataullah was at VR Capital – an EM/Distressed Opportunities hedge fund. At VR he was based in Moscow and later in Buenos Aires and he managed their Latin America portfolio across asset classes including credit, equity and macro. Before VR, Mr. Ataullah was at Salomon/Citigroup where he traded Investment Grade debt in London, then Emerging Market debt in both London and New York. Mr. Ataullah subsequently joined the Special Situations group at Citigroup where he focused on Emerging Market opportunities. Prior to Salomon/Citigroup he qualified as a Chartered Public Accountant with KPMG in London and then joined Salomon Brothers in Fixed Income. Mr. Ataullah graduated in Mathematics from Imperial College London.

Ms. Shetty joined DA Capital in 2010 and has 30 years of experience in fixed income and credit. At DA she has focused on special situations, structured credit and private investments and sits on the firm’s CLO investment committee. She has also served in a management capacity as President of DA Capital Asia Pte Ltd. In 2007-2008 she ran the Global Special Opportunities group at Lehman Brothers which invested proprietary capital across the capital structure. Prior to that she co-ran North American structured equity and credit markets and the Global Alternative Investment product businesses at RBS from 2004 – 2006. Previously she worked at JP Morgan from 1997 – 2004 where she ran their Global Structured Credit Derivatives as well as Financial Institutions Solutions and CDO businesses. She started her career at Standard & Poor’s in 1990 where she worked on a wide variety of credit ratings including municipal bonds, financial institutions and asset-backed securities and managed a large part of their ABS ratings business. Ms. Shetty holds a BA (Honours) in History from St Stephens College, India and a Master of International Affairs from Columbia University.

Mr. Bradshaw has been with DA Capital since inception and has 28 years of experience. He has primary responsibility for day-to-day trading and execution for the Jay Street CLO. Prior to taking on his current responsibilities, Mr. Bradshaw was in charge of liability management for various DA Capital funds. Prior to joining DA Capital, Mr. Bradshaw was part of CS Capital and worked on the development of the trading system. He was in charge of trade support and trade operations and trade execution with the regional dealer market. Before joining the team, Mr. Bradshaw worked in the Fixed Income division at CS from 1993 to 2003.

Mr. Vijayakumar has been with DA Capital since inception and has 22 years of experience. As a member of the hedge fund research team, he performs fundamental credit analysis across multiple sectors, including healthcare and consumer cyclicals and non-cyclicals. Prior to joining DA Capital, Mr. Vijayakumar was an Assistant Vice President at Credit Suisse Capital where he served as assistant risk manager. Prior to that role, he was a member of the Fixed Income trading systems group at Credit Suisse. Mr. Vijayakumar joined Credit Suisse in July 1998. Mr. Vijayakumar graduated from Indian Institute of Technology (India) with a Bachelor of Technology degree in Aerospace Engineering. He also holds a Master of Science degree in Mechanical and Aerospace Engineering from Cornell University. He is also a CFA® charterholder.

Mr. Chng joined DA Capital in 2016 as a fresh graduate from university.  As part of the research team he does fundamental credit analysis across multiple sectors. Prior to joining DA Capital, Mr. Chng spent 18 months in different traineeships. Between Aug 2014 to Jun 2015 was a Trainee at Seatown Holdings, a multi-asset hedge fund, where he was rotated between the Global Oil and Gas and ASEAN teams and was primarily focused on equity research and analysis. From Aug 2015 to Jan 2016 he interned at Verlinvest, a global private equity firm, where he was involved in research on various FMCG sectors in India as well as the global e-commerce space, especially in EM markets. Mr. Chng graduated from University College London (UCL) in 2014 with a BSc. In Economics (First Class Honours).